As it stands at the time of publishing this post; two of my most popular pages are my reviews on the Shimano WH-7850-c24-cl wheelset and the Shimano WH-6700 Tubeless wheelset. I am anticipating that this one will join their ranks rather quickly.

The RS-80 c24, much like the WH-6700 Ultegra Tubeless is a allegorical “shot-across-the-bow” at other major players in the road wheel market. With both of these wheels Shimano is basically saying: “We’re doing this be cause we’re Shimano and we can.” Not that other providers cannot; just that they either don’t have the guts or capital (or both) to pull it off without serious stress or anxiety. These wheels possess features of higher priced wheels at prices that you just don’t find from the competition. In the case of the RS-80 c24, those features would be light-weight carbon-laminate rims at a price usually below $900. The rims are so light in fact that you cannot get much lighter without going to a full-carbon rim and sacrificing the superior braking of the aluminum brake track. 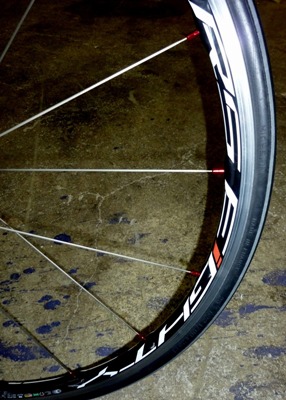 The RS-80 c24 can be thought of as the “Ultegra” version of the Dura Ace c24-cl. It uses the same rim but merely swaps in a lower grade hub to result in a significantly lower cost and slightly higher weight. Here’s the cost/benefit analysis: 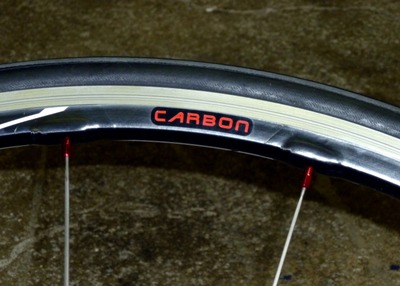 In my book; that’s a pretty good trade-off. Not to knock the Dura Ace wheels, they’re great and if you read the original review I gave them you’ll remember that I raved about them and would love to have a set. Well, several years later and now I’m not just a father of 1 boy, but now 3 boys… well, let’s just say that I’m now that guy who can’t justify paying more for some things just because it says Dura Ace on it if the performance is close enough. And those 121 grams: I gained more weight from eating the ham, turkey, and cheese sandwich and crackers I had at lunch – if I really get serious then I’ll lose 121 grams myself faster than you can say WH-7900-c24-cl AND I’ll have more money in my pocket! So as far as I’m concerned – I finally got my wish and have the wheels I wanted.

Since this is a “first impressions” post, I’m going to refrain from reporting on ride characteristics and save that for a follow up article; so keep an eye out. Instead, I’ll be reporting on what I found as I unpacked them and prepared to install them on the bike. 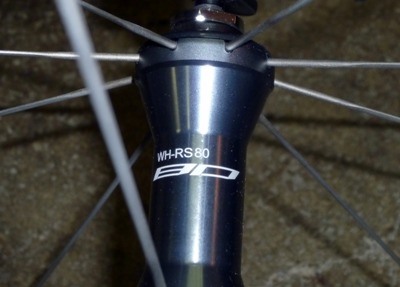 The second thing that struck me was exactly how similar the wheels were to their older sibling. The small differences that I am aware of are just that: tiny (as evidenced by the rather minuscule difference in weight).

Fit and finish are typical Shimano: clean, refined, and purposeful. However, the “understated” look of Shimano components seems to be falling away in favor of a look that is certainly a little more attention-grabbing without being obnoxious. I rather like the rim graphics on these wheels but I am not a fan of the graphics on the deeper-rimmed RS-80 c50 cl which I find too boxy and block-like.

My one point of disappointment out of the box is the feel of the hub – feels just a bit tight. However my experience with Shimano hubs tells me this: I could adjust it now for a more “buttery” feel and find myself tightening the hub back up after 500 miles or so – or – I could leave it alone; let it settle; and then adjust to taste and then leave it alone until time to overhaul. I think I’ll settle for the latter. 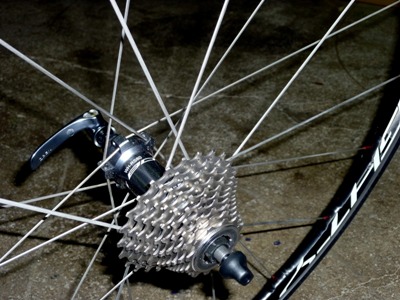 Another little feature that I’ll point out here because it stuck out to me just as I was wrapping up photographing the wheels: drain holes. I have had numerous experiences where clients have brought new wheels of various brands back to me because they seemingly have a flaw – a small hole in the rim. This hole is in fact there on purpose to allow collected water or condensation drain or otherwise evaporate out of the inner portion of the double walled rim once a tire and tube are mounted. Without this hole, you might experience collection of water inside the rim due to wet rides or quick changes in temperature and humidity (like taking your bike out of your warm house and into the cool fall or winter air). This collected water might simply add extra weight but under the worst circumstances could contribute to some issues with corrosion between the wheel components. Neither of these is desirable – thus; we have drain holes!

I’m happy to field questions about the wheels; so leave a comment and I’ll follow up. Otherwise; stay tuned for a ride report. Honestly; it may be a while as my single-speed is getting more miles than the ol’ trusty Waterford at the moment. It is winter in Oregon after all…