Many remember our initiation as cyclists as a difficult process, full of fears and falls. Surely the memory, because learning to pedal does not usually take too long. We offer here some tips, structured as a guide in steps, with which teach cycling a child can be made easier.

A very interesting step, before turning to the bike pedals, is learning in without them . Many child models of this type, since that kind of bikes with very thick plastic wheels that are kept in single foot, specially designed for children who have barely learned to walk, beautiful designs based on Bikes BMX equal a conventional machine except in their lack of transmission.

This type of bike is a very useful when teaching a child investment. They work almost like a scooter, driven with the feet, and allow learning to maintain balance, manage the handlebars without sudden movements and plot the curves slightly tilting the body sideways. Once learned these techniques, step up to the traditional bike is much easier: most of the knowledge already acquired.

END_OF_DOCUMENT_TOKEN_TO_BE_REPLACED 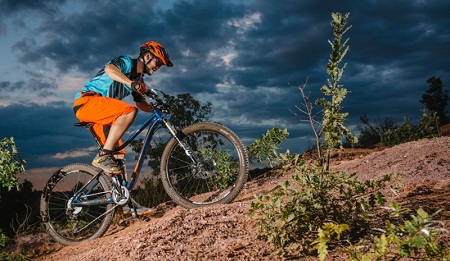 From the small office Stuttgart (Germany) in Merida, where a group of about 10 employees are responsible for the engineering and designs all models, have worked to modify the rear suspension system, from a set of 4 pivots to a floating system (Trek or KTM are other brands that have popularized). The reason for this remodeling is, in short, to obtain a more absorbing rear suspension, with which we feel have more travel than 120 mm real. In detail, this system allows engineers have more room to change the Leverage Ratio of the suspension, ie, if you want the damper has a more or less linear or progressive along its entire length behavior. In the case of One Twenty, efforts have been aimed at achieving a mainly linear feel.  END_OF_DOCUMENT_TOKEN_TO_BE_REPLACED

Today we want to explain how the handlebar height is adjusted? This setting is usually one of the forgotten among bikers and still play an important role on the downhills. Want to know more? While the saddle height will pay more attention, it seems like the handlebar height nobody looks in detail. And it is a very important setting, as it has much to do with the way the weight is distributed on the bike: highest regard is the handlebars relative to the saddle less weight bear hands . 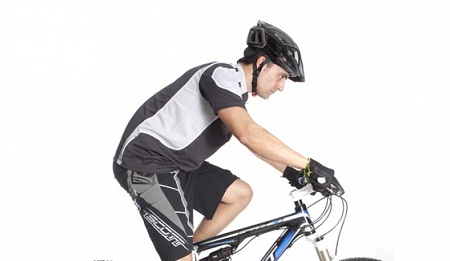 This is very interesting considering controlling the bike, downhill, as the bike is more manageable to have very little weight on the front wheel. However, it makes the bike more nervous in difficult climbs steep slopes and lost aerodynamics (unimportant in MTB). In contrast, the lower is the handlebars relative to seat more weight to bear hands and the bike will become less manageable downs. In return, we will improve on the climbs. Therefore, the logical thing is to find a middle ground depending on the use we give to the bike and our preferences or weaknesses. END_OF_DOCUMENT_TOKEN_TO_BE_REPLACED

Whether we punctured, or simply want to change a tire must know how to remove or change camera is basic.
TOOLS

1 Knockdown. Indispensable to remove or mount a camera without picking.

2 new House. We assume that if we change we need a new camera … right?
FOOTSTEPS …

This is a basic point of the mechanics of our bikes as well by a puncture or a mere change of tire, we will be forced to take the wheel and remove the camera … Cater! 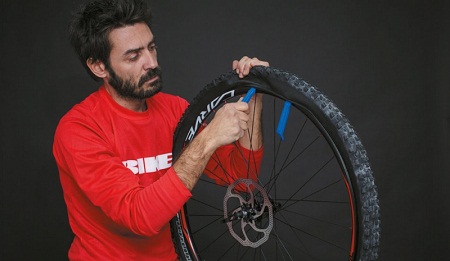 1. First, although very obvious, is to remove the wheel. For this we must loosen the quick release. Today there are several standards in the market, but the mechanism is similar in all of them; we will see later. END_OF_DOCUMENT_TOKEN_TO_BE_REPLACED

Carbon fiber has become, in recent years, the material par excellence in the manufacture of bicycles and components; unlike metals like aluminum or steel, carbon fiber requires special care to avoid damage.

. 1.Pasta carbon mounting Thanks to her we ensure the correct mounting of components; highly recommended for contacts carbon / carbon ( carbon frame and seat post, etc …). 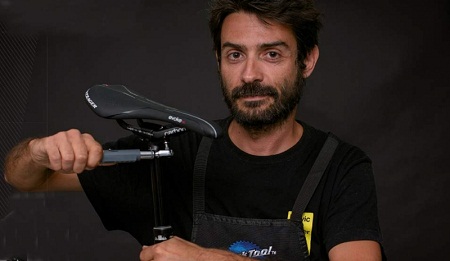 END_OF_DOCUMENT_TOKEN_TO_BE_REPLACED

In this tutorial we show you how to get the most out of your brakes in a very simple way and also teach you a few tips and tricks easy to Make the most of your disc brakes.

1. latex or vinyl gloves. When handling chemicals or hydraulic brake products is recommended to protect our hands.
2. Disc brake cleaner . Some are specific to bikes, but one also serve automotive; him clean debris disks hydraulic or impurities.
3. Allen keys. To work on the brakes use keys 5, 4, 3, 2.5 and 2 mm, depending on the manufacturer.
4. Cloth or kitchen paper without cellulose. To dry the discs once sprayed with cleaner. We advise you not to use materials with cellulose as it leaves no residue. 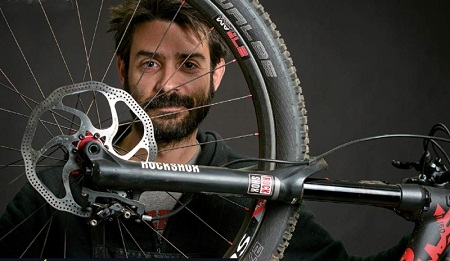 Useless the best suspension in the world if it is not well set up. We will learn to regulate our weight chords (SAG) and adjust parameters such as rebound or pedal controls.

TOOLS
1 pump suspensions . Must. To modify the pressure you can not use another type of pump.
2 Allen key 3 mm. The we used to press the shell valve and remove the air, but you can use anything else.
3 Tape. With the metro will measure sag and suspension travel. 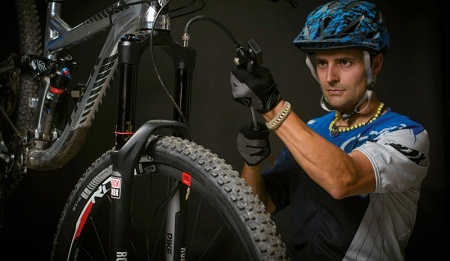 [1] The first step is to know the total suspension travel, for that we get all the air with the pump or directly by pressing the howitzer. END_OF_DOCUMENT_TOKEN_TO_BE_REPLACED

The theme of the cadence is a classic cyclists. Some people are convinced and trained to go grinder, ie very cadence. And conversely, in the same group there are some who seem to carry small dish ornament, ie they prefer to rather stuck, ie, low cadence. What is right? How do we get tired less? . As happens in cycling gatherings, in various scientific studies in order to determine the optimal cadence there are several different ideas or viewpoints. It is a complex subject that is not easy to generalize. However, there are several concepts that literature is quite agree: 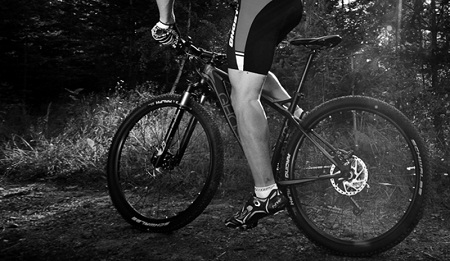 1 The optimal cadence is individual for each cyclist, because they affect various personal factors.  END_OF_DOCUMENT_TOKEN_TO_BE_REPLACED

The main brands of tools for bike have a meter stretch of the chain, however if you have a meter stick can get to know if you’ve time for a change. You have to measure the perfectly stretched chain between 21 pins and must measure 254 mm. If you measure 255 mm and has lengthened 1 mm, which is the elongation defines us that it is time to change the chain.

Regarding the change of plates and pinions , there is no exact rule since its wear depends greatly stretch the chain but also on the conditions of use, cleaning the chain, proper lubrication … Substituting the chain every 1500 km ensuring that has not been stretched 1 mm, the use of these will extend around 3-4 chain changes. 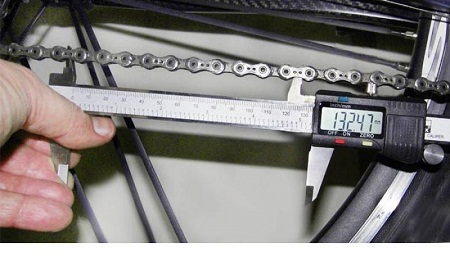 If jumps are seen when mounting the new chain, ie the chain slides on the pinion is selected, it will be time to change it. It may also occur with the dishes. A clear indicator is the “sharp” teeth: if they have lost the form of “volcano” with the rather flat end, adopting a form of sharp “spike” is a sign that the slopes are worn and at Thus the chain will not be subject, requiring a change. END_OF_DOCUMENT_TOKEN_TO_BE_REPLACED

Change the brake pads is very simple and is very standardized whatever brand your brakes. Will use to caliper adjustment.

1-keys. For these brakes will be sufficient with a 5 mm and 2.5 mm. The 5 is to loosen the clamp and 2.5 to release the pin. For other checks you need another key or even a small screwdriver to release; the dynamic is the same in all. 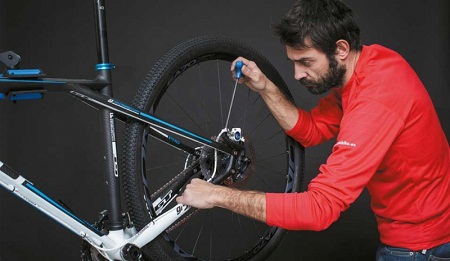 Like any other part of our bikes our pads disc brakes are likely to wear and as such we should change them to always ensure good braking. Leveraging let’s change also adjust the brake calipers. END_OF_DOCUMENT_TOKEN_TO_BE_REPLACED